Stop the hotend nozzle from getting blocked

Ultimakers have had two hotend versions now, the first (which I still have) was a complete waste of time and basically clogged itself solid give
the slightest provocation (using alot of retraction, leaving the printer with the hotend at print temperature while not printing for more than 10minuites and so on). 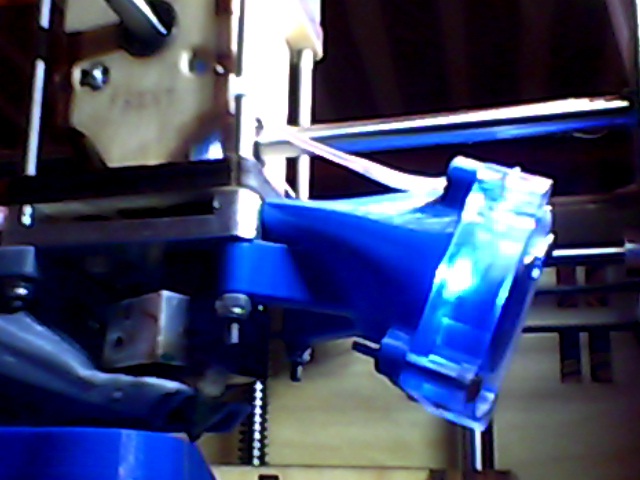 A revison 2 nozzle was released which just about cures it (the jury is still out if its 100% reliable or not).

So I decided to make my own fix, which was to use active cooling to keep the hotzone where it should be, and to also cure any heatsoak problems (electric
water pumps can be very useful in automotive engines, because you can leave them running when the engine is stopped, preventing heat soak). However
this would just be using forced air to cool it. 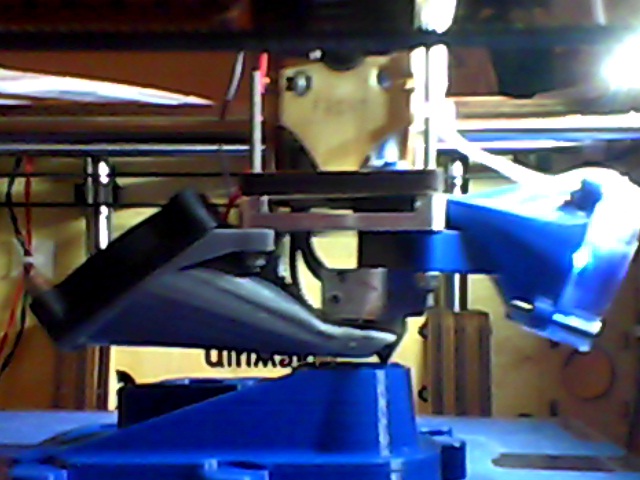 Since fitting this upgrade I have not had one single problem with the extruder, even with the revision 1 nozzle. So I could have one of those little
“XX days since last failure” signs. Which would be about 60days for me, without active cooling I couldnt get more than a few hours without something
happening. The little AKASA fan and the printed duct also weight very very little, so dont worry about adding mass to the printhead.

Finally I run this fan with its own 12v PSU, independent of the UMaker PSU. This is important, because the fan should be left running after printing has stopped for a little while
(5 to 10mins) until the hotend is well under 100 Deg C). This cures the heatsoak issue, which is another cause of plugs. I used a HAMA MW3125GS power supply, about 20 Euros.