The specification of my racing single speed: 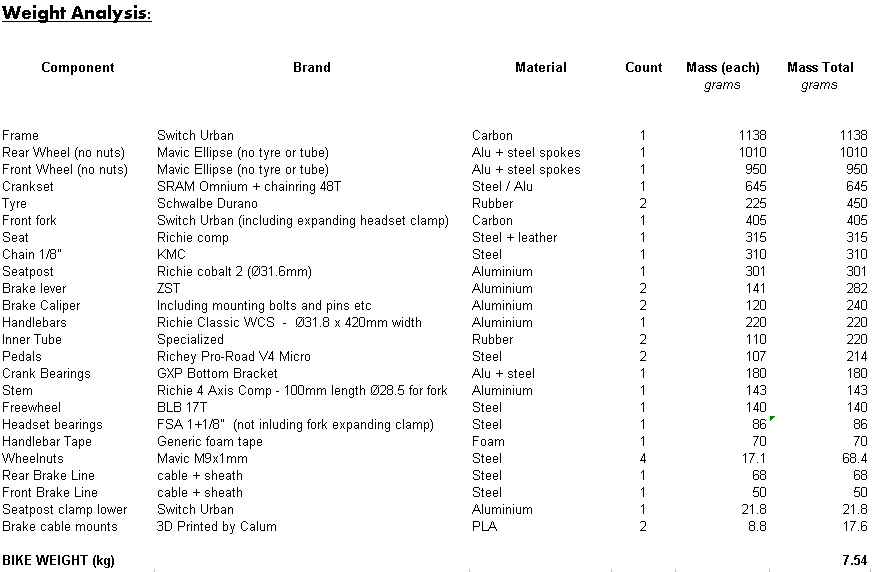 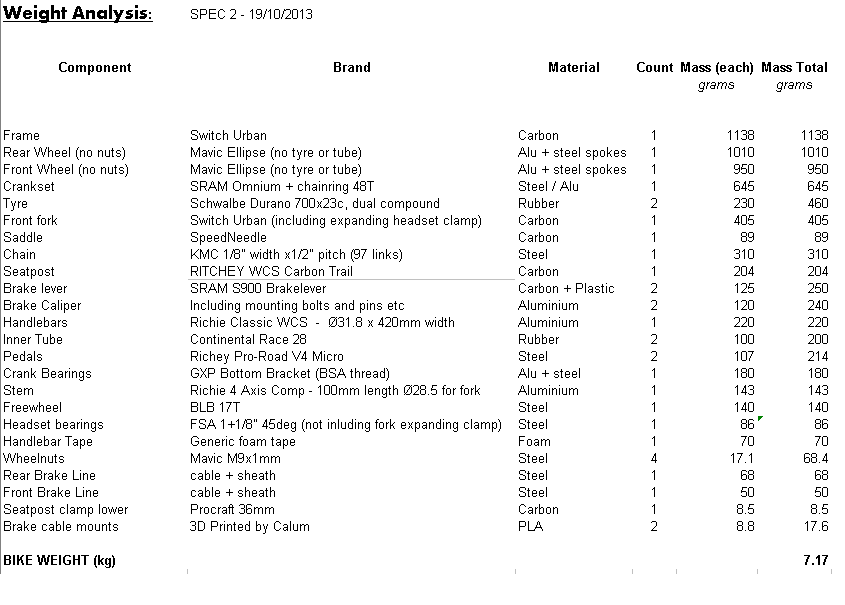 I spent out quite alot on the new spec for the bike, which was to add:

Out of all four upgrades, I am only really impressed with the Speedneedle saddle, which (unlike the levers and post) was actually
just as light as the claimed weight was when I measured them myself. So overall I would really recommend the SpeedNeedle, its great.

Word of warning, that the Speedneedle has ovalised solid carbon mounting rails, these will not fit into a standard clamp. I had to
specially order new clamps from Ritchey (9.6x7mm).

The WCS seatpost is “ok”, but its heavier than the claimed weight – and I dont really like the clamping mechanism. Its pretty heavy, and
overly complex (considering the cost of the part…)

My biggest mistake was the SRAM S900 levers, the rubbers are a massive pain to work with during installation – for example the main clamp
bolts are sunk in so far up the lever that you have to almost totally remove the rubbers to mount the things. Really a pain, and the
moulded in “catches” to keep the rubbers in place are not well designed and it took me about 15mins of fiddling to get them back on
and properly aligned and so on. But most annoyingly they are only about 20g a lever lighter than the ZST levers (which cost me 18 euros
a PAIR !!). So this was really a very poor cost per gram saving. But they “look” nice….oh well. So if I could, I would have bought
something else for the levers…or maybe even just kept my “crummy” ZSTs…which strangely feel better engineered, more positive
and stiffer than the 90 Euro SRAMS. Pffff…..

So overall, go and buy a Speedneedle, they are everything they claim to be – properly engineered and honestly marketed !

…and dont bother spending money on the SRAM S900s. 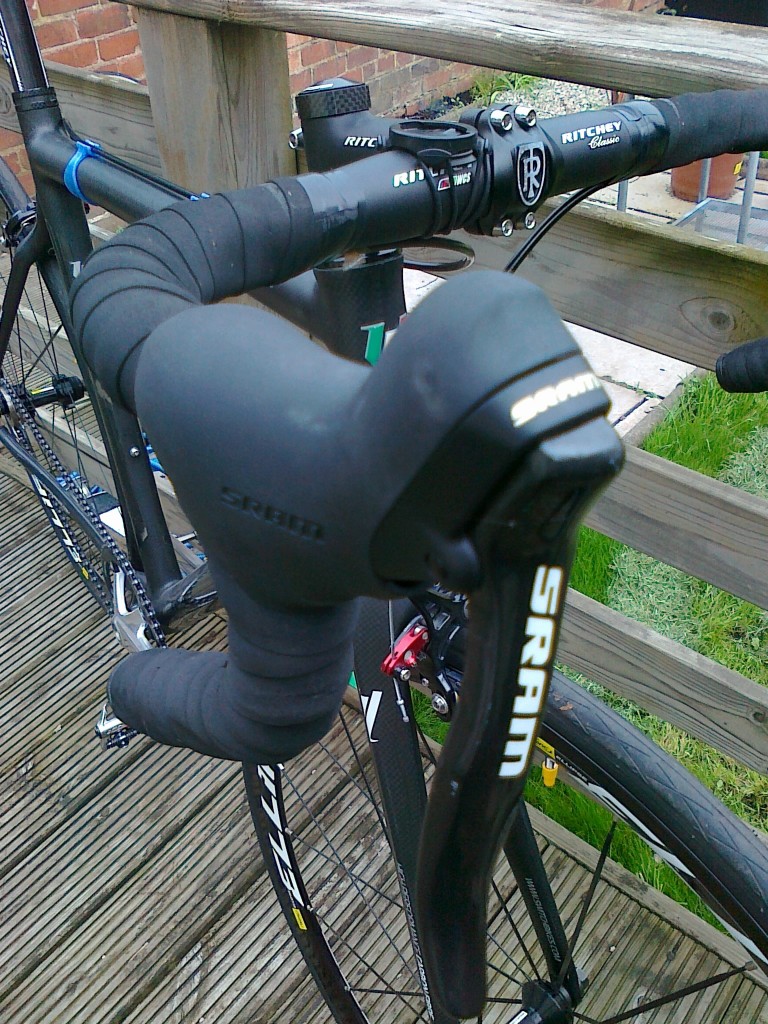 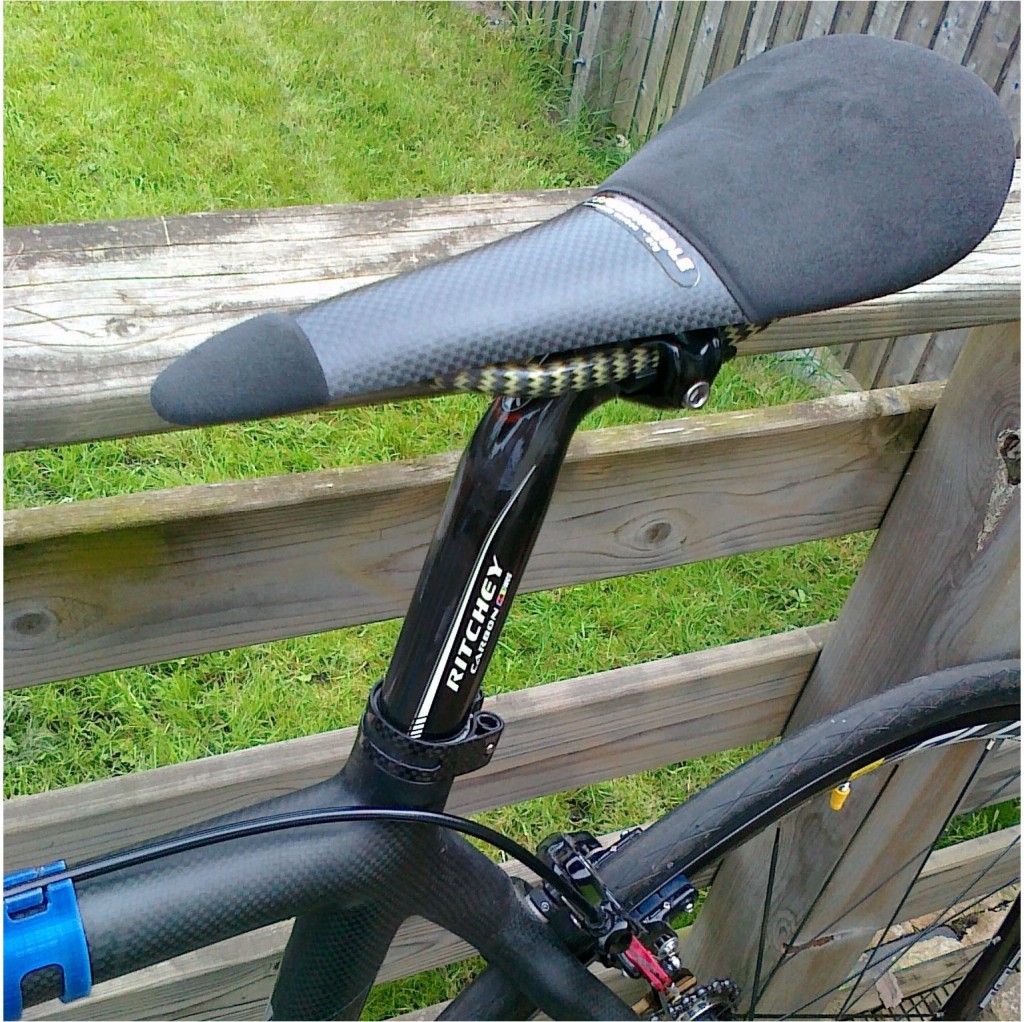